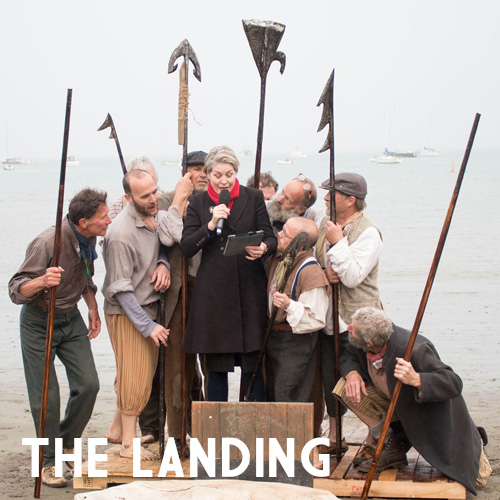 Day two of the festival starts with our fantastic historic re-enactment celebrating all people who came to Akaroa to  start new lives in our beautiful Horomaka. Join us bright and early to hear their stories, celebrate their arrivals and learn  their heritage.

Akaroa Community Arts Council produces what has truly become a firm favourite of French Festival. Our good friends  Michael Hurst and Jennifer Ward-Lealand plus the Wellington Sea Shanty Society will lead our cast of brave locals telling  the histories of our ancestors.

Bring a beach chair, a warm coat a sense of humour and a hottie! 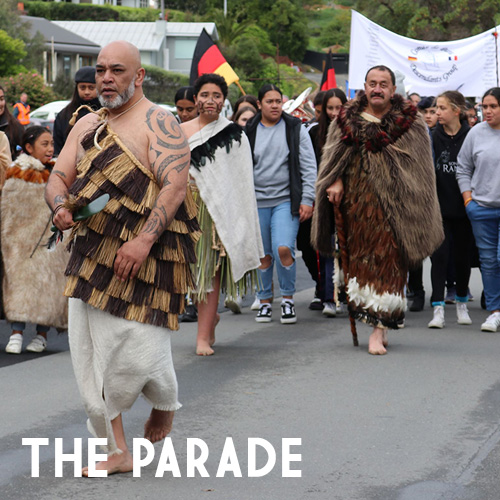 The Parade from the main beach to the rec. ground.

All performers from the beach take part in this good old fashioned parade and are joined by as many locals as would like  to join in.

Call out to descendant families! Make a family banner! Dress up! March with the people of Onuku Runanga, The Coachlines Brass Band. Bring your family banners, bicycles, pets – anything and everyone! There are prizes for the best  dressed marchers!

On arrival, Landing’s performers et al will march around the Festival Rotunda led by the Brass Band. The flags of the  French, German, English and Mana Whenua are raised by local young next generation descendants of our first  peoples who came to call Horomaka home.

Mullet Man will choose the prize winners of the best dressed competition!